The Primate of All Ireland Cardinal Sean Brady entered into the ongoing controversy that has arisen on the issue of abortion by making a powerful statement on the issue at the Edmund Rice Summer School in Waterford and subsequently in an RTE Radio programme. See Yahoo News report 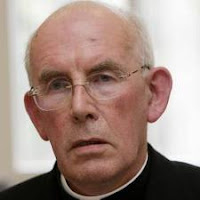 Cardinal Brady firmly expressed the Catholic Church teaching and told his audience
the Church would vigorously oppose any Government proposals to legislate for abortion in Ireland. The Cardinal, who appealed for calm and reasoned discussions on the issues of abortion and same-sex marriage, told the Summer school that it was important the Church prepares, with others, to defend the equal right to life of a mother and child against any effort to introduce abortion.

Continuing the Cardinal said the Catholic Church believed a referendum on abortion was possibly the only solution on dealing with the controversy and said the Church, through a media campaign will oppose any attempt to legislate for abortion. The Cardinal also told the meeting that the campaign will include lobbying of public representatives and providing resources to priests to preach on the topic. "We would want to inform people of the ills of abortion," said Cardinal Brady.

Cardinal Brady said it was important people have the courage to make their voices heard on why human life should be protected and respected from the first moment of conception through to natural death.
"It is important that we do justice to the logic and human reason behind the values we hold," he said. "They cannot be relegated to the realm of private religious beliefs with no place in our laws or public policy in the name of secularism or tolerance.
"These values are rooted in human reason and available to all. They have the same right to be heard, promoted and respected in our laws and to be put to the people in democratic decisions as other perhaps less representative views."