No UK abortions carried out under the 1967 Act, on Irish women under Section F (to "save the life of the mother”) or G, (to "prevent grave permanent injury to the physical or mental health of the pregnant woman) between 1992 and 2010 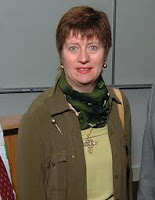 Following the decision of the Irish Government that it will proceed to deal with the European Court of Human Rights judgment in the ABC case by means of legislation and regulation, Patricia Casey who is a Professor of Psychiatry at UCD, in an opinion piece in the Irish Independent wrote.

This will deal with medical conditions that may place women at risk of death and also the risk of suicide as a ground for abortion. It is the latter in which a significant number of people have concerns.

I recently reviewed the reports of the Masters of the three Dublin maternity hospitals covering the periods 1980 to 2011. There were 685,511 deliveries of live babies and in that period there were two deaths by suicide. Both were post delivery and both had long histories of psychiatric illness. Many politicians who favour the inclusion of suicide have suggested the reason for the low rate of suicide here is because women travel to Britain for abortions when they are suicidal.

Yet data, obtained from the Department of Health covering the period 1992 to 2010, shows that under Section F of the 1967 Act (dealing with abortions carried out to "save the life of the mother") none were performed on Irish women and under Section G (dealing with abortions to "prevent grave permanent injury to the physical or mental health of the pregnant woman") none were performed on Irish women.

It is true that suicidal thoughts and threats do occur among pregnant women. According to international research evidence, such thoughts and threats do occur in pregnancy but they rarely translate into suicide. The suicide rate in pregnancy is 25pc lower than the rate in the general female population and the period of greatest suicide risk is in the period after delivery.

The CMACE (Centre for Maternal and Child Enquiries) in Britain, which examines the maternal mortality figures biannually, said in its 2011 report that suicide in pregnancy or post-delivery is linked to mental illness. The report expresses concern that many of these women were not identified as being at risk due to prior mental health problems and that in 69pc of those dying by suicide the psychiatric care was suboptimal.

Women who are suicidal require the same treatment as any other suicidal person. This may require medication or psychological therapy or both to bring the underlying condition under control.

Does abortion have a role in this? I have examined the major textbooks of psychiatry and of perinatal psychiatry and nowhere can I find a list of any psychiatric grounds for abortion. Furthermore, the medical royal colleges, headed by the Royal College of Psychiatrists, carried out a review of the impact of abortion on mental health in 2011 and found that women with a prior psychiatric history were at an increased risk of mental health problems if they did have an abortion.

They also found that there was no benefit to women's mental health whether an unwanted pregnancy was aborted or brought to term. Yet the expert group reporting on ABC require that all treatments be evidence based. No such evidence exists for abortion as a "treatment" for suicidality in pregnant women.

A further problem with the proposed legislation, for psychiatrists, is that the prediction of suicide is a very inexact science. Predicting rare events is always problematic. One psychiatrist said prediction was no better than tossing a coin while another found that the predicted rate was 35 times that of the eventual rate.

It is the belief of the Taoiseach, and some of the politicians who support this measure, that it can be legislated for so tightly that it will not spiral out of control as happened to abortion in Britain. There is no comfort in the Government assurances and, as night follows day, history will repeat itself here. In 1967, British MP David Steel said: ". . . it is not the intention of the promoters of the Bill to leave a wide open door to abortion on request".

Speaking in 2008, when there were around 186,000 abortions per year, he said: "I don't think we had expected anything like those numbers. . . and there is a mood now which is that if things go wrong you can get an abortion – and it is irresponsible". Already our minister Kathleen Lynch is predicting legislation so tight that other cases will come before the courts to widen it while others are saying this measure is a stepping stone to further legislation.

Dr James Reilly spoke of the restrictive nature of the proposal and that abortion for suicide risk would not take place up to birth. In a Sunday newspaper, he indicated that a pregnancy with a baby on the cusp of viability could continue and be delivered early. Unwittingly, perhaps, he presented a scenario where a 24-week baby would be allowed to live but by implication a younger baby, say at 20 weeks gestation, would be killed in utero.

Legislation for suicide risk is not evidence based and the Government should consult widely on this issue rather than railroading this measure through. The proposed legislation will allow the use of an unproven intervention, for a rare outcome that is more often incorrectly than correctly predicted, but that involves the loss of life to one of the parties.

How strange too that we are just changing our laws as Russia has dramatically tightened its abortion legislation in the past year while Spain is proposing new restrictions.