A massive demonstration took place in Paris yesterday Sunday March 24th in support of marriage and to protest against the same sex marriage and adoption bill proposed by the French government. 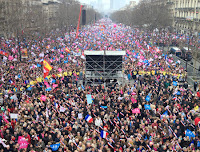 It has been estimated that around 1.4 million people attended ‘La Manif pour Tous’. Demonstrators filled the Avenue de la Grande Armee that leads to the Arc de Triomphe together with Avenue Foch and other adjoining roads leading to it. 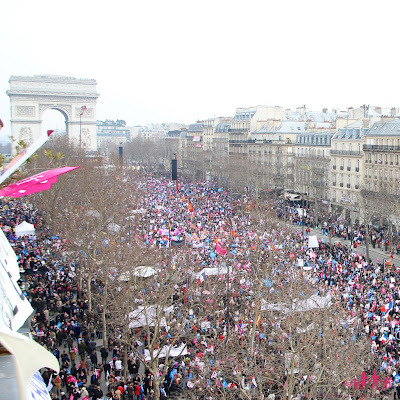 The demonstrators who came from all parts France and even from overseas shouted loudly and repeatedly "Hollande, demission”, a call for French President, Francois Hollande to resign.