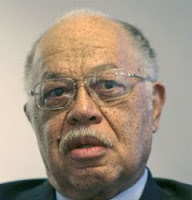 Last week the trial of Kermit Gosnell the infamous late term abortionist from Philadelphia finally got underway (see previous report).
Gosnell is charged with murdering seven newborn babies and one young woman in a botched abortion. Gosnell according to reports was not an ordinary abortion practitioner, he specialized in late term abortions and would jab scissors into the necks of tiny unborn babies who had already passed the point of viability and could have survived on their own.

Not only would Gosnell personally "snip" the spinal cords of these babies but expected staff members to do so too. CBS Philadelphia reported on testimony given in evidence by a member of Gosnell’s staff, Adrienne Moton who testified for the prosecution. Moton admitted that she had also used medical scissors to snip babies spinal cords.  Adrienne Moton broke down several times as she recounted her work at the clinic.

Untrained, she says, she was doing ultrasounds and administering anesthesia within months.  And eventually, she has admitted, she snipped the necks of ‘a good ten’ fetuses.”

The conditions in Gosnell’s “house of horrors,” otherwise known as the Philadelphia Women's Medical Society, have been well documented,.

The premises, according to a report, were dirty and unsanitary. Gosnell routinely relied on unlicensed and untrained staff to treat patients, conduct medical tests, and administer medications without supervision. Even more alarmingly, Gosnell instructed unlicensed workers to sedate patients with dangerous drugs in his absence [...] In addition, he regularly performed abortions beyond the 24-week limit prescribed by law. As a result, viable babies were born. Gosnell killed them by plunging scissors into their spinal cords. He taught his staff to do the same.

In addition to Gosnell other staff members and associates are also before the Court. Pearl Gosnell, the abortionist’s wife, 49, is held on $1 million bail. She faces charges of assisting her husband in carrying out illegal, very late abortions, and conspiracy to commit them.
Sherry West, 51, is held on $2 million bail for being an unlicensed worker who committed illegal abortions, illegally administered anesthesia and dispensed illegal drugs. She faces additional charges of 3rd degree Murder in the death of a woman, conspiracy, and is charged with infanticide of a newborn known as “Baby C.
Tina Baldwin is held on $150,000 bail, faces charges of illegal administration of anesthesia and corruption of a minor for forcing her 15-year-old daughter to work 50 hours a week at Gosnell’s clinic. The Grand Jury report said she was required to work after school to midnight, in the course of which she “was exposed to the full horrors of Gosnell’s practice”.
It was Baldwin who told the Grand Jury in her testimony that Gosnell once joked about a baby that was writhing as he cut its spine: “that’s what you call a chicken with its head cut off.”

The remainder of Gosnell’s associates are held on bail ranging from $1 million to $150,000 for various other charges relating to conspiracy, perjury, racketeering, and obstruction of justice.

This trial begs the question: where was the Pennsylvania Department of Health? According to the Grand Jury report, Gosnell’s clinic had not been inspected for more than 17 years.