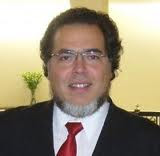 Dr.Elard Koch together with a group of Chilean doctors and academics recently released a major study on maternal mortality which challenged the pro-abortion mantra that abortion is necessary to reduce maternal mortality.

The Guttmacher response was swift in trying to undermine the findings of the study, which were not only inconvenient truths, but challenged the entire basis on which the abortion industry's carefully constructed house of cards is based and which is nauseatingly regurgitated by Guttmacher, International Planned Parenthood and their allies in UNFPA, WHO and elsewhere.

Dr.Koch and his team were equally Swift in replying to the Guttmacher response and their press release together with a link to the full statement issued by the team are included below.


Dr. Elard Koch, leading author of the article and fellow researcher of the Universidad de Chile and Universidad Católica de la Santísima Concepción, states that “the single conclusion that the Guttmacher Institute challenges appears to relate only to the null effect we found of abortion ban on maternal mortality trend in Chile, since this country already had restrictions of abortion in place before 1989”. Koch remarks, however, that the opinion of the Guttmacher Institute in terms of how restrictive the Chilean abortion law was before and after 1989 is essentially misinformed. Yet, even if the argumentation by the Guttmacher Institute experts stating, “Chile’s pre-1989 abortion law was already highly restrictive” was correct, this in no way invalidates that abortion restrictive laws had a null influence maternal mortality trends in Chile. “In fact, maternal mortality ratios steadily decreased over the last fifty years, mainly associated to an increase in educational level of women and maternal health facilities and regardless of the extent of abortion restrictions in the country” Koch says. Furthermore, Koch indicates that researchers from the Guttmacher Institute failed to present any actual evidence in support of any severe methodological flaw in the PLoS ONE study. In fact, Chile has a robust and reliable registry of vital and socioeconomic data, with the Chilean National Institute of Statistics being recognized as a referent in Latin America by the World Health Organization, United Nations and the Organization for Economic Co-operation and Development. Moreover, Koch explains, “ours is the first in-depth analysis of parallel time series with a sufficient number of time points, year-by-year over fifty years, of maternal deaths and the simultaneous assessment of their determinants at a country level.” Arguments by the Guttmacher Institute are mainly based on the idea that their own methodology, using data sources such as opinion surveys, can accurately estimate the amount of induced abortions in countries with abortion restrictive laws. Nevertheless, Koch et al. stress that opinion surveys are purely indirect approaches that may lead to under- or overestimations, and due to their subjective nature, can be extremely biased. “A completely different scenario is observed when calculating figures of illegal abortions on the basis of actual vital statistics, acknowledged epidemiological methods, and well known biological reproductive rates”, states Koch Koch and his colleagues extensively explored the potential discrepancies between these two methodologies when estimating figures of illegal abortion in several Latin American countries. Their findings have been recently published as a peer-review article last May 18th (http://www.nietoeditores.com.mx/ginecologia-y-obstetricia-de-mexico/5/4883-sobrestimacion-del-aborto-inducido-en-colombia-y-otros-paises-latinoamericanos.html), just a few days after the controversial article published in PLoS ONE Koch indicates, “Not surprisingly, we found that the methodology developed by scientists from the Guttmacher Institute appears to grossly overestimate the number of possible induced abortions in developing countries.” For instance, induced abortion estimates by Koch et al. in Colombia (21,978) indicate that the Guttmacher Institute likely overestimates figures in this region (400,400) at least by 18-fold. “In other words, estimates drawn through the methodology developed by the Guttmacher Institute is beyond what is empirically possible”, Koch says. In their full point-by-point rebuttal document to the criticisms by the Guttmacher Institute, Koch and colleagues conclude that “it is imperative to remark that, because abortion restrictive law in Chile is unrelated to maternal mortality and this country reached one of the lowest rates of maternal-related and abortion-related deaths of the world (at the present, 16.9 and 0.39 per 100,000 live births, respectively) without legalizing abortion, the Chilean fifty-year natural experiment provides strong evidence, for the first time, that a liberal law of abortion is unnecessary to improve maternal health: it is a matter of scientific fact in our study.”