Savita’s death may have been due to resistant bacteria strain 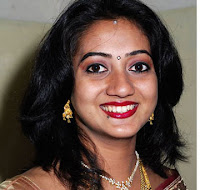 A very interesting letter from a Cork Doctor appeared in the Irish Examiner on Nov. 20th relating to the tragic death of  Savita Halappanavar. Dr Jim Clair writes, 'Concerning the unfortunate death of Savita Halappanavar, I fear that the main problem is being missed.

The Irish media reported last week that this young woman most likely died from septicaemia due to an ESBL E. coli strain.

The significance of these organisms is in the fact that they are resistant to almost all
available antibiotics.

We had a media frenzy over the last decade about MRSA but we had at least ten antibiotics capable of inhibiting this organism.

In contrast we have only a few antibiotics (if we are lucky) active against ESBL positive organisms, and these are third line antibiotics which must be used sparingly.

Deaths have already occurred due to these organisms and the potential for many more deaths is very real. ESBL positive organisms present a far greater threat than MRSA ever did or will.

I feel confident that the doctors in Galway would have followed accepted procedures for dealing with the clinical problems that emerged. When signs of infection first develop, doctors are usually forced to used antibiotics blindly, often with broad spectrum intravenous antibiotics.

The problem with ESBL organisms is that they are very resistant and thus a tragedy can result.

It appears to me that the problem was an unforeseen ESBL infection rather than an issue of obstetric mishandling.

In my experience of over 30 years with clinical antibiotic use, ESBL antibiotic resistance is by far the most worrying development that I have experienced.

The insult to the Irish medical service is added to by the suggestion that the Indian Embassy is upset with the lack of abortion services in Ireland.

This insult is further compounded by the fact the Indian subcontinent has played a major role in the spread of ESBL positive organisms.

If the Minister for Health wants to preserve lives, young and old he would do better to put a lot more resources into monitoring and controlling the spread of ESBL positive bacteria rather than responding to a pressure group who obviously have an ambition to turn our superb obstetricians into little more than paid killers.