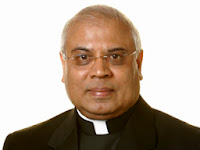 Archbishop Francis Chullikatt Apostolic Nuncio of the Holy See to the United Nations in New York, in a statement to the 3rd Committee of the General Assembly has forcefully upheld the right to life of all children born and unborn.
Speaking to Item 65: Promotion and Protection of The Rights of Children Archbishop strongly criticized recent General Comments issued by the Committee on the Rights of the Child which attempted to misrepresent the UN Convention on the Rights of the Child by the promotion of a sexual rights agenda for children.
The following is Archbishop Chullikatt’s statement in full and it can also be accessed on this link.