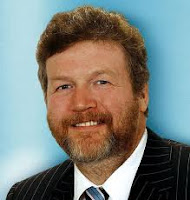 The abortion issue has once again come to the fore in Ireland. Following recent reports that Health Minister James Reilly was in favour of legislation for abortion, a number deputies from the Ministers own party confirmed  that they would resist any attempt at abortion liberalisation.

The Irish Times on Thursday last July 19 reported that a group of Fine Gael TDs and Senators laid down a strong marker last night that they will oppose any proposal to Government that will result in abortion laws being liberalised.

The Irish Times reports that some 15 TDs said they would oppose legislation that would pave the way for abortion and insisted the findings of the expert group on abortion be discussed with them before it is brought to Cabinet. In a signal of a potential backbench mutiny on a flashpoint issue, two of the party’s TDs indicated they would vote against any such laws in the Dáil, even in the event of a Government whip being imposed.

The report also says that Minister for Health James Reilly, who will receive the report from the expert group, gave a commitment to his colleagues that he would consult with them on the findings before going to Cabinet. Dr Reilly made what one TD described as a “cast-iron guarantee” in that regard.

The report cites statements by a number of TDs, which it claims indicates that the parliamentary party was overwhelmingly opposed to liberalisation of the abortion laws.

“I firmly believe that abortion will present a greater challenge than austerity for this Government,” said one TD.

“Fine Gael and Labour have clearly diverging views on this. We made it clear that for Fine Gael this is a red-line issue. We must make sure that Fine Gael Ministers in Cabinet are fully aware of the strong views of Senators and TDs on the matter,” he added.

Party chairman, Laois TD Charlie Flanagan, confirmed the assurance given by Dr Reilly: “The Fine Gael party will have every opportunity to discuss the abortion issue and the report of the expert group before any Government decision is made,” he said.

The matter was raised with Dr Reilly by Waterford TD John Deasy at the end of a presentation by the Minister for Health on the Health Service Executive.

He said the matter could not be decided by Government without reference to Fine Gael TDs and Senators. Two TDs, Simon Harris from Wicklow and James Bannon from Longford-Westmeath, said they would vote against any such law in the Dáil.

Concerns had been raised within Fine Gael in recent weeks that the Cabinet would make a decision on the report of the expert group, chaired by High Court judge Seán Ryan, and present it to Fine Gael as a “done deal”.

There was also concern about Dr Reilly’s response to the recent private member’s motion brought by Socialist Party TD Clare Daly, which called for legislation to give effect to the ruling in the European Court of Human Rights on the “X” case.

Dr Reilly had said that six successive governments had shirked their responsibility on the issue.

He also defended the expert group against suggestions that it was imbalanced or partial.

The group, formed in January in response to the judgment of the European Court of Human Rights on Irish abortion laws, is expected to complete its work in September.

Minister of State Lucinda Creighton and Limerick Fine Gael TD Patrick O’Donovan both argued that the State was not bound to ECHR decisions in the same way as it was to the European Court of Justice.

Among those who spoke out strongly were John O’Mahony (Mayo), Regina Doherty (Meath East) and Mr Deasy.