The Voice of the Family website has already posted a number of important articles and will be updated regularly throughout the synod.

Links to the following articles

Foreword by Cardinal Pell to new book on the family

The Synod must be a source of clarity not confusion

Full text of Bishop Philip Egan’s address to the SPUCconference

A side event organized jointly by the Office of the High Commissioner for Human Rights and the Permanent Mission of Ireland launched a new technical guidance document on ‘the application of a human rights based approach to reduce and eliminate preventable mortality and morbidity of children under 5’. The technical guidance is very timely in respect of babies between birth and age 5 however it ignores the elephant in the room, the approximately 45 million unborn babies aborted before birth every year.
Millennium Development Goal (MDG) 4 called for the reduction of child mortality by 2/3 from the 1990 level. Figures presented at the side event say that the rate has halved from 90 deaths per 1000 live births to 46 in 2013, most of which (95%) occurs in Africa and Asia. The global rate of decrease is accelerating it was 1.2% in 1994-5 and has now reached 4%. Clearly there is still much to do.
The question that must be asked is why is the largest and most vulnerable group of children the approximately 45 million unborn babies who are slaughtered every year, ignored when preventable child mortality is under discussion?  Surely this is contrary to the provisions of the CRC and in point of fact represents a double standard. The unborn clearly come into the category of being under 5 and the Convention on the Rights of the Child (CRC) in its preamble says:
“The child by reason of his physical and mental immaturity, needs special safeguards and care, including appropriate legal protection, before as well as after birth”.

The real issues are usually avoided and the standard UN argument in support of ignoring the child before birth is that the CRC only applies from birth. This argument however does not stand up when the travaux preparatoire (the history of the negotiations) is considered. Poland being a communist country at the time of the negotiations proposed that the Convention would apply only from birth. This was rejected and the ensuing document is not limited to born children only.
It should also be noted that the personhood of the child before birth is implied in the CRC by referring to 'the child' before as well as after birth.

This resolution is an update of last years one on the same issue, which called for the preparation of technical guidance which was announced today.

The report tells us that most child mortality is due to a small number of diseases and conditions 43% occur among newborn babies from birth to 28 days and are mainly due to pre-term birth complications, birth asphyxia and trauma, and sepsis. After the first 28 days, until age of 5 years, the majority of deaths are attributable to infectious diseases such as pneumonia (22%), diarrhoeal diseases (15%), malaria (12%) and HIV/AIDS (3%).  The vast majority of conditions and diseases that lead to death among children under 5 years of age are preventable and treatable through cost-effective interventions.

Commentary on the Children and Family Relationships Bill 2014 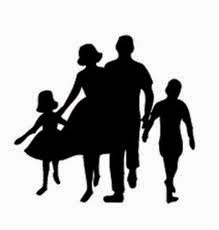 Pursuant to the publication of the General Scheme of a Children and Family Relationships Bill on the 30th January 2014, it is important to point out some of the unseen consequences which will arise should the bill be enacted in its present form We understand that the aim of the Bill 2014 is to ‘put in place a legal architecture to underpin diverse parenting situations and to provide legal clarity on parental rights and responsibilities in such situations’.

The Bill known as ‘Shatter’s Bill’will serve neither children nor mothers, according to a press release by the Association for the Defense of the Family and Marriage ADFAM

[Heads of the Children and Family Relationships Bill 2014]
·       The definition of ‘embryo’ indicates a profound lack of respect, and that of ‘parent’ ignores the fact that the Family according to Article 41.1.1° of the Constitution of Ireland has ‘inalienable and imprescriptible rights, antecedent and superior to all positive law’; and ignores the definition of ‘family’ given by Mrs Justice Susan Denham in McD. –v- L & anor (2009), point 62, where she says ‘Therefore arising from the Terms of the Constitution, “family” means a family based on marriage of a man and a woman.’ The Bill implies that biological parents can transfer such rights to commissioning parents in cases of surrogacy. [Part 1, Head 2: Interpretation (1)]
·       This Bill would discriminate between the biological father and the biological mother by persisting in the contested principle that the woman who gives birth is the legal mother. The birth mother in a surrogacy case would be the legal mother, and then the commissioning couples would become the legal parents. [Part 3: Head (10)]
·       This pre-empts the judgement of the Supreme Court on the appeal by the Government against the Abbott judgement [The High Court, March 5, 2013]. The Abbott judgement acknowledges the right of the genetic mother to be recognized as the legal mother. [Part 2, Parentage and Presumption of Paternity, Head 5: Parentage (2)]
·       The Bill ignores the evidence that children living in the care of non-marital couples, including same-sex couples, are 8 times more likely to be harmed than children living with married biological parents [Abuse, Neglect, Adoption and Foster Care Research, National Incidence Study of Child Abuse and Neglect (NIS-4), 2004-2009, March 2010, (Office of Planning, Research and Evaluation)]; and are 50 times more likely to die of injuries, than children residing with two biological parents [P. G. Schnitzer, ‘Child death resulting from inflicted injuries: household risk factors and perpetrator chararcteristics’, Pediatrics 116 (2005) 687-93.] [Part 3, Head 10: Parentage in cases of assisted reproduction other than surrogacy]
·       This Bill, in effect, would make a reproductive slave of the surrogate mother, and would embed the practice of IVF which, as ordinarily practised, relies on the foreseen wastage of 96% of human embryos conceived in vitro [i.e. ‘on glass’]. Surrogacy, as practised, frequently involves the deliberate abortion of one of the embryos conceived and implanted. A recent Chinese study has confirmed the strong link between abortion and breast cancer [‘A meta-analysis of the associaton between induced abortion and breast cancer risk among Chinese females’, Cancer Causes Control, November 24, 2013]. [Part 5, Surrogacy Arrangements: Heads 17 to 23]
Issued by the Alliance for the Defence of the Family and Marriage [ADFAM]