The killing of unborn babies has been sanitized by the abortion industry and its supporters by telling us that it is a legitimate 'Choice' and that if it not legalized women will die, They claim that legalizing abortion makes it safe but nothing could be further from the truth.


Legalized abortion is widely touted by them as being beneficial to women, but a wealth of medical and psychological evidence suggests otherwise.

Women face numerous risks with abortion, legal or illegal, and those risks are substantially greater in the developing world, yet some in the international community for ideological reasons have focused their resources primarily on legalizing abortion at the expense of women’s lives and health.

The claim is, that making abortion legal makes it safe, but medical research shows this to be false, the evidence is overwhelming, abortion is dangerous for women. It is by its very nature a violent and damaging procedure. Documented complications include hemorrhage, infection, cervical damage, uterine perforation, pelvic disease and retained fetal or placental tissue.

Abortion is also associated with increased risk of negative psycho-social consequences. For example, a 2011 meta-analysis published in the British Journal of Psychiatry[4] found an 81 percent increased risk of mental health problems. Anxiety, depression, alcohol and drug use and suicidal behaviors have been found to increase following abortion, along with damage to key relationships.

Abortion needlessly puts women at serious risk, both physically and psychologically and rather than legalize or promote it, governments should protect the equal dignity and basic rights of all human beings, including women and their unborn children.
[1] http://www.ncbi.nlm.nih.gov/pubmed/9292639

Liam Gibson, the Northern Ireland representative for the Society for the Protection of Unborn Children, has prepared a commentary on the recent Horner judgement with respect to the Republic of Ireland.
This is a very timely commentary as it is likely that the judgement will be cited by pro-abortion organisations and politicians in the lead up to the coming general election.

Why the Horner judgement cannot be used to change the law in the Republic of Ireland.
The salient points of Liam's commentary are included below.

1. The ruling by Mr Justice Horner that abortion laws in Northern Ireland are incompatible with the European Convention was not based on his interpretation of the Convention. Instead he claimed that the Northern Ireland law, unlike the law in the Republic, does not recognise the right to life of the unborn child. (This claim is untrue but was based entirely on UK law. Not only can his judgement not apply to the Republic, he actually set out to use the law in the South to undermine the law in the Six Counties.)

2. He acknowledged that the Strasbourg Court of Human Rights did not find the Republic’s law, which prohibits abortion on grounds of fatal anomaly and rape, to be incompatible with the Convention. (In A B & C v Ireland the court said that C had been prevented from obtaining an abortion that would have been lawful because her life was threatened and therefore her rights were violated.)

3. Horner cited various English cases, including Paton v UK and Re MB, to claim that unlike the Republic, under English law the foetus had no right to life. He then claimed that the situation in Northern Ireland was the same as England by pretending that the absence of the Abortion Act in Northern Ireland made no difference.

4. He explicitly pointed to the differences between the law in the Republic and the North:
5. The Convention requires restrictions on the Article 8 right to privacy to be, among other things, proportionate to their aim. He argued that since the foetus has no right to life, punishing abortion with life imprisonment was disproportionate and therefore violated the Convention when it prohibited abortion in the circumstances he approved of, that is, fatal abnormality and rape. (He should have recognised that the severity of the sentence reflected the high regard in which the foetus is held. The 1861 Act and the 1945 Act require life imprisonment precisely because abortion deprives the unborn child of his life.)

6. Mr Justice Horner did not claim that the Convention recognises a human right to abortion so the Republic does not have to change its law. He acknowledged that Art 40.3.3 prevents the legalisation in the Republic of abortion on the grounds he dealt with and that this is entirely compatible with human rights. The Horner judgement only confirms the importance of the Eighth Amendment and pro-lifers must fight to keep it in the Constitution.

The full text of the commentary can be provided. Please contact Patrick Buckley on the following e-mail address. patrick@europeanlifenetwork.org

We have just entered 2016 but there are already two pro-abortion stories in the news. All such reports must currently be viewed as part of the propaganda spewed out by political parties and others in the lead up to the upcoming general election. One of the saddest things is that these people can so callously play with human life as though it is of no consequence. They have bought into the lie that there is such a right, as the right to choose,  the right to choose to kill another human being. 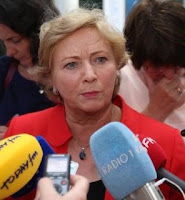 First we were told on the very first day of the new year that two leading liberal Fine Gael ministers have committed to addressing abortion in 2016 — with or without the Labour Party in government.  The two, Justice Minister Frances Fitzgerald and Transport Minister Paschal Donohoe are both reported to have said Fine Gael did not need Labour in order to progress the issue.
This was clearly an attempt to tell the electorate that they are just as liberal on this crucial issue as the Labour party and by so doing to remove any possible advantage that Labour may gain from being perceived as the only pro-abortion party.

Then on day 4 of the new year we have been told that the new Master of the Rotunda Professor Fergal Malone has called for change in Ireland’s laws on abortion. 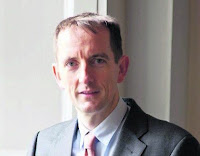 We can predict that this is only the beginning and that in the lead up to the election we will have the pro-abortion industry, the media, pro-abortion organisations and politicians all howling for change in Ireland’s Constitution.

Pro-life organisations and politicians will have an uphill battle to retain the remaining level of protection of unborn human life.
Clearly one cannot vote for pro-abortion politicians and it is therefore vital that a complete list of pro-life politicians be made available prior to polling.

It is also imperative that people ask general election candidates where they stand on this issue. This issue is too important to fudge.