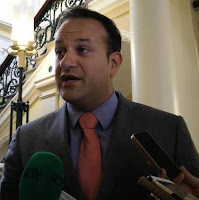 Ireland’s Minister for Health Leo Varadkar confirmed today that 26 babies were aborted under the Protection of Life During Pregnancy Act. Under the new law Minister Varadkar is obliged to issue an annual report  detailing the number of abortions carried out in Irish hospitals. See Department of Health news release and reports by the IrishTimes and Journal.ie
The information detailing the number of abortions during the first year of operation of the legislation which emanated from the Health Service Executive (HSE) confirms that three abortions were carried out when the mother’s life was deemed at risk due to suicidal ideation. The figures also show that 14 terminations were carried out due to the risk from physical illness, with nine based on an emergency from physical illness.

It is not clear whether thes figures include the case of the baby born to Miss Y who was delivered live at 24 wweks by caesarean section after she was deemed suicidal under Section 9 of the Act.

The Protection of Life during Pregnancy Act (2013) marked a radical change in Ireland's abortion law. It repealed the comprehensive protection of unborn children under the Offences Against the Person Act (1861) and in addition stripped the right to life from children before, and even during, birth in a broad range of circumstances. The numerous inconsistencies and ill-defined terms (eg "good faith", "reasonable opinion" and "due regard")  create limitations to the  protection unborn babies under the Act.