Referendum on so called same sex marriage in Ireland. 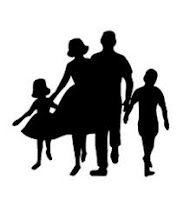 The Irish Government has been campaigning strongly for a ‘Yes’ vote in the upcoming referendum on marriage which has been given the misleading title of ‘Marriage Equality ‘. The referendum however is not about equality and the government focus on equality distorts the reality. This is about the creation of new rights and if it is passed will have very grave consequences for our nation.

Many people are confused about marriage and think it is merely for the public recognition of committed relationships for the benefit of adults.
That is not what marriage is, but what it will actually become under the law if it is redefined.
Marriage in reality is much more than a committed relationship. Marriage not only unites a man and a woman with each other, but with any children born from their union. That expresses the fullness of what marriage is. It is a community of life and love.  This is a fact that can only be recognized and never changed. It already presumes procreation, complementarity, motherhood and fatherhood.

The three requirements for marriage are that it is unitive, procreative and indissoluble. This factual description expresses irreplaceability, and permanence, Not every married man and woman has children, but every child has a mother and father. With insertion of the word “any” even the possibility of the heartbreak of infertility is accounted for. It is the only true definition of marriage

Justice and Equality Minister Frances Fitzgerald in her statement announcing the referendum said: “People will be asked to decide whether the following new wording should be added to the Constitution: ‘Marriage may be contracted in accordance with law by two persons without distinction as to their sex'.” 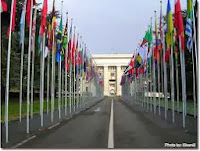 Irish Foreign Affairs Minister Charles Flanagan told the Human Rights Council in Geneva in March that ‘it is one of the greatest shames of the modern world that States continue to deny individuals their human rights because of who they are or whom they love.’

Minister Flanagan the shame is on you and your colleagues for your blatant rejection of the truth and beauty of human sexuality expressed through the committed love of  men and women for one another.  Your actions will undermine the family, attack the rights of parents in the moral education of their children, and attack freedom of religion, as has happenned in other countries where same sex marriage has been introduced. Take for example the Court ruling in Lexington Massachusetts, which ruled that schools are permitted teach about homosexuality without parents consent or even a right to remove their children from the class. In the lead up to the case one parent was arrested because he objected to the indoctrination of his son.
The major push is to indoctrinate the next generation and the way it will be done is through so-called comprehensive sexuality education.
Our children are precious and we need to protect them from early sexualisation.
We as Christians are all called to love one another but that does not mean that we uncritically accept the actions of others without comment. Real love resides in expressing the truth in all situations because it is the truth that sets us free. In truth marriage is between one man and one woman and cannot be extended to others, anything else is a sham.
Marriage is the foundation stone of the family and is recognised in the Irish Constitution in Article 41 which declares that: the State recognises the family as the natural, primary and fundamental unit group of society and as and as a moral institution possessing inalienable and imprescriptible rights, antecedent and superior to all positive law. It also says that: The State, therefore, guarantees to protect the Family in its constitution and authority, as the necessary basis of social order and as indispensable to the welfare of the Nation and the State.

The Universal Declaration on Human Rights is also very explicit and article 16 tells us: Men and women of full age, without any limitation due to race, nationality or religion, have the right to marry and to found a family.
Article 16 also tells us that: ‘The family is the natural and fundamental group unit of society and is entitled to protection by society and the State.’

The Irish Constitution was enacted, ‘In the Name of the Most Holy Trinity, from Whom is all authority and to Whom, as our final end, all actions both of men and States must be referred.’ Has it not occurred to our political leaders, Taoiseach Enda Kenny together with Ministers Flanagan, Fitzgerald and Labour leader Joan Burton that what is proposed is directly flouting God’s law and it is adding insult to injury by proposing the inclusion of such an abomination in the text of our Constitution dedicated to the Most Holy Trinity.

Taoiseach, when future generations evaluate your words and actions the lasting shame will be on you and your colleagues for your blatant rejection of God’s Commandments and for kow-towing to so called political correctness at the expense of genuine marriage and the family.
It is to be hoped that the Irish electorate will have more sense than you do and will not approve this outrage.