So much for free speech #FreeSpeechBus tour

CitizenGo, the International Organisation for the Family and the National Organization for Marriage (NOM) joined together to co-sponsor a major event in the United States in the promotion of a #FreeSpeechBus tour. 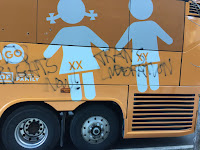 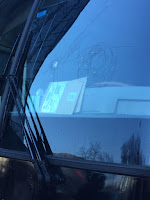 The #FreeSpeechBus tour was designed to spark a national conversation about the truth of gender and to call for the right of all Americans to debate the issues surrounding gender without fear of harassment or retaliation.
The tour which celebrates the complementarity but also the differences between male and female commenced in Manhattan today with a press conference and visits to the United Nations and Trump Tower.

Sadly after only a few hours the free speech bus has been attacked and vandalised in the streets of Manhattan.
Windows  were smashed and the sides of the bus were covered in graffiti.