Victory at UN Commission on Population and Development

The first week in April was not a good week for UNFPA, the UN Population Fund which was first given the news at the outset of its conference, the Commission on Population and Development, that the Trump Administration had decided to withdraw funding of  around $75 million on the basis that UNFPA’s activities in China are complicit with that nation’s coercive population control program, the implementation of which includes forced abortion and involuntary sterilization.


The UNFPA problems continued later that week with a firm rejection of the anti life and family policies they and other UN organs are attempting to impose globally.  The outcome of the Commission on Population and Development (CPD) was in fact a significant victory by pro-life and family forces and was the second time in three years that the Commission failed to produce an outcome document.


The 50th session of the Commission held at UN headquarters in New York, was themed, ‘Changing population age structures and sustainable development’. This was the first CPD since the Trump Administration took office in the US and was viewed by UNFPA and their anti-life allies, such as International Planned Parenthood (IPPF), as a testing ground to establish the direction the administration would take when faced with demands for the acceptance of controversial language on sexual and reproductive rights and comprehensive sexuality education for children. 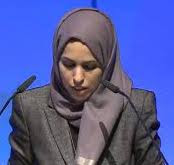 In recent years the negotiating strategy adopted by Western governments has been to insert many references to controversial issues in documents during the negotiating period and rely on the chair to issue a compromise text which inevitably retains some of those issues.
In this case the outcome document was similarly loaded up with controversial language and when the chair’s text was circulated early on Friday morning it was completely unacceptable. Negotiations continued all day Friday and a so called compromise text was produced by the Qatar Chair, Ambassador Alya Ahmed Al Thani, which in the end failed to satisfy either side leaving her with no option for her but to withdraw the text.


The decision by the chair to withdraw the document was enthusiastically welcomed by pro-life and pro-family NGO’s but was greeted with a shocked silence and anger by the anti-life and family brigade when the realisation sunk in that there would not be an outcome document and that their plans for sexualising children had been stopped.


One of the most poignant interventions was made by the Russian Federation’s delegate who told the meeting that pushing sexual and reproductive health rights as indivisible from human rights was nothing but an attempt to undermine international agreements on human rights.  Such formulations, he said, diluted basic human rights, which only discredited the Commission’s work.


He also expressed opposition to use of the Commission as a “back door” through which to force various human rights concepts that did not meet the broader consensus. Babatunde Osotimehin, Executive Director of the United Nations Population Fund (UNFPA), expressed regret that the Commission had been unable to reach consensus on its outcome document for the second time adding that it was clearly a challenging time for the Commission. As population age structures changed, commitment to improving the lives of women and girls was becoming increasingly important, he said, and he urged all Member States to continue their funding of UNFPA so as to restore its core budget.