The Department of Health, Social Services and Public Safety (DHSSPS) on January 28th published statistics relating to medical abortions and terminations of pregnancy in Northern Ireland during 2013/14.

The information release is published on the Departmental website at: http://www.dhsspsni.gov.uk/index/statistics/hospital/hospital-activity/terminations-of-pregnancy.htm 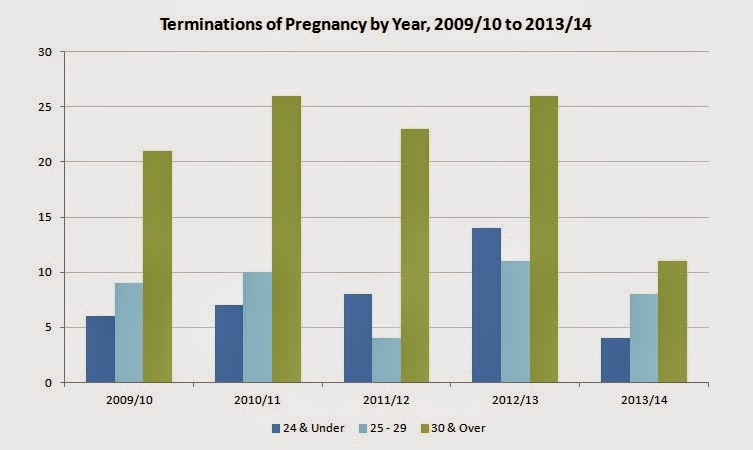 • There were 23 terminations of pregnancy in HSC hospitals in Northern Ireland during 2013/14. This is a decrease of 28 from 2012/13 (Table 1). It should be noted that due to small numbers, relatively large fluctuations may be expected from year to year.

• All of the 23 terminations of pregnancy during 2013/14 were carried out to women normally resident in Northern Ireland (Table 3).

Negotiations on the new United Nations programme to be known as the Sustainable Development Goals, or SDG’s, commenced in New York on Monday. The current three day session is dealing with preliminary issues and will be followed by a further 7 sessions between now and the end of May when it is anticipated that a zero draft will be ready for final negotiations. The process, which among other things will be the basis for the provision of aid to third world countries for the next 15 years, is expected to conclude in September.

In this context  the Deputy Minister for Foreign Affairs of Belarus, speaking on behalf of a group of countries calling themselves, friends of the family, made the following statement

Distinguished co-chairs, I have the honor to make this statement on the
Need for mainstreaming the family across the United Nations post 2015 development agenda on behalf of Bangaladesh, Egypt, Indonesia, Iran, Kuwait, Libya, Malaysia, Nigeria, Pakistan, Qatar, Russian Federation, Saudi Arabia, Somalia, Turkmenastan, Yemen, Zimbabwe, and also on behalf of my own country, Belarus. (and Oman)
We reaffirm that the family is the natural and fundamental group unit of society and is entitled to protection by society and the state.
We believe that genuine and sustainable development may not be achieved without the family.
We stress the importance of development and support of national family-oriented policies, programmes and initiatives that harness the unique strengths and contributions of the family to common good of societies.
We are convinced that the human rights of women and men, children and older persons, and persons with disabilities could be best promoted and protected within the family environment.
We are also convinced that the family, as the fundamental unit of society, and the natural environment for the growth and well-being of all it’s members, and particularly children, should be afforded the necessary protection.
We call for systematic mainstreaming of the family across the post-2015 development agenda.  The importance of the family in the post-2015 development agenda was clearly expressed by many delegations.
We believe that the documents and the decisions of the SDG Summit of 2015, that will define key elements of the new development framework, should include, as a matter of priority, promotion of the family as a  contributor and beneficiary of the development process.
By highlighting this important linkage of the family and sustainable development in the documents and decisions of the SDG Summit of 2015, we can gain an invaluable tool to insure the strengthening and proliferation of the family friendly and family supportive environment, both at the national level and globally.
Therefore, we urge member states to join us in efforts to insure the inclusion of the family and family oriented policies, as an important element of the post-2015 development agenda.
I was also just informed that the Sultanate of Oman also joins this statement. 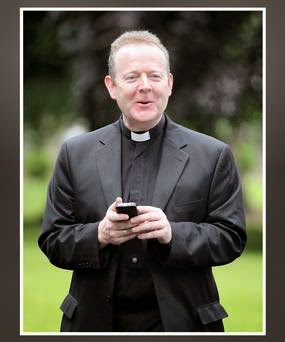 The new Archbishop of Armagh and Primate of all Ireland, Archbishop Eamon Martin gave a very powerful pro-life sermon on Sunday January 11th, the feast of the Baptism of Jesus.
The sermon was delivered in the context of the issuance of a consultation document in Northern Ireland by the Minister for Justice, which proposes that ‘totally innocent and terminally ill babies in the womb will no longer have an absolute right to life, nor the right to all the care and medical support that we would expect and wish for any child or adult who is terminally ill.’
Archbishop Martin highlighted what he described as a ‘throwaway’ culture and told the congregation that ‘the Catholic Church will be making a robust and unapologetic defence of the right to life of both mothers and their terminally ill children during pregnancy’.

Some extracts from Archbishop Martin’s statement are set out below.
One value which we should never grow tired of witnessing to, as Catholics, is the value and sacredness of human life itself. Life is precious from the first moment of conception through to natural death. Our Catholic faith brings with it a responsibility to build a culture of life, where every person is worthy of the very best care and utmost tenderness; this is especially true of the most vulnerable and most defenceless persons.

Knowing how much you have already sacrificed yourselves for the little children here in Saint Patrick’s Cathedral this morning, I take this opportunity to appeal to all Catholics to witness courageously to a culture of life. This is becoming increasingly important when we are surrounded by what Pope Francis describes as a “throwaway” culture which weighs one life up as more important and worthy of protection than another, and which would even discard the right to life of the most vulnerable.

I want to bring to your attention a consultation document [1] from the Minister for Justice in Northern Ireland which proposes that totally innocent and terminally ill babies in the womb will no longer have an absolute right to life, nor the right to all the care and medical support that we would expect and wish for any child or adult who is terminally ill.

Notwithstanding the extraordinary and unprecedented attempt of the consultation document to exclude “pro-life” arguments from the debate, when we meet the Minister and his officials this week, a delegation from the Catholic Church will be making a robust and unapologetic defence of the right to life of both mothers and their terminally ill children during pregnancy and calling for all the love and support that we as a society can give them. This must include, I believe, the ready availability of quality peri-natal and post-natal hospice care and of counselling for those faced with the trauma and anxiety of having a terminally ill unborn child.

The full text of Archbishop Martin’s sermon can be accessed on this link.

Contrasting attitudes to life and death

The season of Christmas is about the coming of Christ as a baby, but finding no room at the inn and being hunted by Herod who wanted to kill Him.
In Ireland, Christmas 2014 saw a court battle following the death of a mother, as to whether an unborn baby could be kept alive using life support and delivered in due course. In the event the courts decided to terminate the life support allowing the baby to die. Sadly there was no room at the inn.

The tragic incident was once again used by the pro-abortion forces and media to argue for the removal of  Article 40.3.3 of the Irish Constitution in order to eliminate all remaining restrictions on abortion in Ireland.

A similar story occurred recently in Milan with a very different outcome.
The Daily Telegraph reported in December that doctors in Milan delivered a baby boy by Caesarean section to a woman who was declared clinically dead two months earlier.

A baby boy has been delivered by Caesarean operation to an Italian woman who was declared clinically dead two months ago.

The 36-year-old woman from Milan suffered a massive brain haemorrhage in October, during her 23rd week of pregnancy.

After being taken to hospital, she was pronounced clinically dead and there were fears for her unborn child.

But doctors at San Raffaele hospital in Milan managed to keep her on life support, feeding the developing foetus through a tube inserted in the mother's stomach.

Against all the odds, the baby boy was born on Thursday by Caesarean operation, in the woman's 32nd week of pregnancy.

Doctors had wanted to reach at least the 28th week of pregnancy to ensure the baby had the best chance of survival. A normal pregnancy lasts between 38 and 40 weeks.

Hospital staff said the baby, who weighed 1.8kg, was in good health.

Immediately after the birth, the woman's relatives gave doctors permission to remove her organs and for them to be donated for transplants.

"While we are very happy that the baby has been born we cannot forgot the pain that the family is feeling over the loss of this young woman," doctors said in a statement.