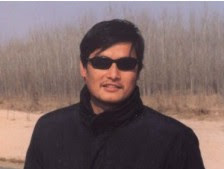 Chen Guancheng, the blind lawyer who was imprisoned on spurious grounds for exposing thousands of atrocities connected with the One Child Policy, has been denied early release on medical grounds. Chen has been denied visits from his wife and has reportedly been subjected to severe beatings whilst in gaol. He has been ill for a number of months but pleas for early release so that he can access appropriate medical treatment have been ignored by the authorities.