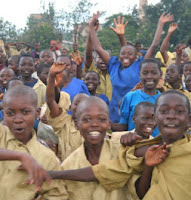 The United Nations has declared July 11th this year “World Population Day”. Rather than celebrating population however the emphasis, as ever, is on depopulation and consists of a cynical exercise in scare-mongering. UNFPA, the United Nations population fund is calling for more investment in family planning which they claim will reduce poverty, slow population growth and ease pressure on the environment. The UN estimates that the number of people on the planet will grow from 6.7bn today to 9.2bn by the year 2050 resulting in greater demand for food, water and fuel. Such growth is unsustainable, the UN says, as climate change degrades arable land and reduces water supplies. More than 200 million women, many in the developing world they say, do not have access to contraceptives. Hundreds of thousands of women they claim die in childbirth each year or from botched illegal abortions.

Population control programs have always been based on the ideologically-motivated scare-tactics of “overpopulation”. The projected population explosion however never actually materialised. Unfortunately vast amounts of money have been spent on intrusive methods of achieving population reduction, monies which could have been expended to alleviate poverty. Wise provision of economic assistance based on authentic development goals would have produced very different results for poor countries had there not been the knee-jerk reaction of the overpopulation lobbyists. The blatant falsehood that maternal mortality will be reduced by the introduction of legalized abortion is responsible for the killing of countless babies and the needless deaths of women through the misdirection of scarce resources. The major factors in reducing maternal mortality include ante and post-natal care, the availability of midwives and birth attendants, medical interventions such as assisted delivery and Caesarean section, decent sanitation, clean water and the ability to provide powerful antibiotics and blood transfusions where necessary.

What is needed is an urgent reassessment of the ideologically based population control doctrine in order to forestall the negative results of almost four decades of mismanagement. Unfortunately, evidence of the needed change of priorities or mindset is not forthcoming. Even with the growing international concern that fertility decline has become a precipitous problem UN agencies are blindly marching to the incessant beat of the overpopulation drum.

Japan and most European industrialized nations are facing significant population declines. Falling fertility levels and aging populations are contributory factors to the overall decline. As more young adults decide to have fewer children and wait until later in life to begin families, and as the prevalence of abortion and birth control reduce the number of babies born, many countries are faced with the challenge of under-population rather than overpopulation. The most telling statement I have heard on the issue was delivered at a joint session of the Economic Commission for Europe, (ECE) and UNFPA in Geneva in January 2004 when Mr. Kalev Katus. director of the Population Research Centre at the Interuniversity in Tallinn Estonia. told the assembly, “Estonia’s population is 1.4 million and medium term projections are that it will drop to 1 million or even as low as 700,000. Population is the highest priority in Estonia and new policies are needed to increase birth levels...Policies need to be radical”, he said. “A logical approach is needed rather than an ideological one”.