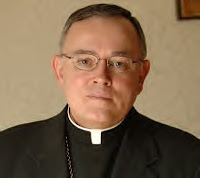 We reported on February 1st on the US mandate that orders all US employers to pay for contraception and abortion.
Just to recap and to report on the up to date position, the Obama administration in January ordered all employers to pay for coverage of abortion-inducing drugs, contraceptives, and sterilization through their health insurance programs.    After the Catholic Bishops and a host of other religious and pro-life organizations voiced their strong opposition, President Obama announced what he called an “accommodation.”   But the so called “accommodation” is actually worse than the original order!  It’s so bad that the US Conference of Catholic Bishops (USCCB) deemed it to be unacceptable.  The reality is that nothing has really changed.
Archbishop Chaput in a statement called the mandate insulting and dangerous

An “accommodation” offered Friday by the White House did not solve the problem. Instead, it triggered withering criticism from legal scholars such as Notre Dame’s Carter Snead, Harvard’s Mary Ann Glendon, Princeton’s Robert George, and Catholic University of America president John Garvey, along with non-Catholic scholars including Yuval Levin, the religious liberty law firm the Becket Fund, and numerous Catholic and other organizations.
Many Catholics are confused and angry. They should be.

[...] But the HHS mandate, including its latest variant, is belligerent, unnecessary, and deeply offensive to the content of Catholic belief. Any such mandate would make it morally compromising for us to provide health-care benefits to the staffs of our public-service ministries. Moreover, we cannot afford to be fooled – yet again – – by evasive and misleading allusions to the administration’s alleged “flexibility” on such issues. The HHS mandate needs to be rescinded.

The full text of Archbishop Chaput's statement can be viewed on lifeSitenews.com see this link
A number of organizations intend to make legal challenges to this mandate. Priests for Life for example have decided to file a federal lawsuit against the Obama administration to block the enforcement of the HHS mandate on us and have it declared unconstitutional.
Congress are also debating measures to protect conscientious objection and religious freedom
Due to the critical issues involved here we will report further on this issue as it develops