Skilled Attendance at Birth and Maternal Mortality – what the data show 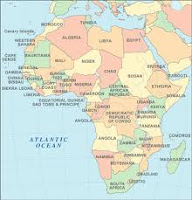 My Colleague Vincenzina Santoro who is  Chief United Nations Representative for the American Family Association of New York who has researched the most recently published figures on the issue of maternal mortality writes as follows:

[1] http://www.un.org/apps/news/story.asp?NewsID=34630&Cr=maternal&Cr1
[2] The data were complied from http://progress.unwomen.org/pdfs/EN-Report-Progress.pdf
[3] Data are weighted averages by population.