Threat of the Childrens' Rights referendum 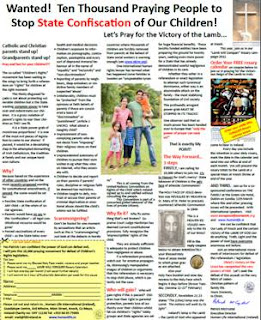 Patrick Mc Crystal of Human Life International Ireland HLI (Ireland) has a startling full page advertisment in this month’s issue of the Alive newspaper. You can view the advertisement on this link:
Whether one agrees or disagrees with Patrick there is no doubt that there is an ongoing atttack on the family
in the economic, social, religious and the education spheres. It is also evident that this is happening throughout Europe.