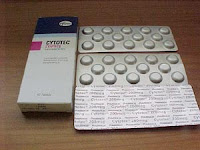 Pro-lifers have hailed today's high court judgment on bedroom abortions as a victory for women. The Society for the Protection of Unborn Children (SPUC) intervened in the case, and evidence submitted by SPUC played a prominent part in Mr Justice Supperstone's judgment.

The British Pregnancy Advisory Service (BPAS), one of the UK's largest abortion providers and promoters, had asked the court to reinterpret the Abortion Act 1967 to allow women to take misoprostol, used in conjunction with the chemical abortion drug RU486, at home rather than in hospital.

Commenting on the verdict, Katherine Hampton, an SPUC spokeswoman, said: “Today's judgment is a victory for women. If BPAS had won this case, it would send out the false signal that there is a ‘safe’ route to abortion. That could lead to more abortions, and more dead babies and more suffering for women. It would also have led to further restrictions on conscientious objection to abortion by doctors and nurses.

"The significance of this case is important internationally too, as chemical abortions are widely promoted in poorer countries, and any move to widen the practice here may adversely affect unborn babies and women around the world.

"We will continue to fight any similar moves to trivialise abortion", concluded Mrs Hampton.

Some facts about RU486 and misoprostol:

- The woman is directly involved in the abortion by having to take the pills herself.

- The nature of the drug means that the woman must live with her abortion over the course of a number of days. The president of Roussel Uclaf, the original makers of RU486, said “The woman must live with this for a full week. This is an appalling psychological ordeal”. (Edouard Sakiz, chairman, Roussel-Uclaf, August 1990)

- The woman may abort at home and suffer the distress of seeing the expelled embryo/foetus, which she is required to keep and return to the hospital or clinic to help determine if the abortion is complete. If BPAS's challenge had been successful, women taking misoprostol would go into labour at home.  This can be very distressing as labour, usually associated with child-birth, now becomes associated with the delivery of a dead child.

- Use of RU486/misoprostol may cause any of the following: haemorrhage requiring blood transfusion, severe pain requiring strong pain killers, incomplete abortion, rupture of the uterus, vaginal bleeding, abdominal cramping, nausea, vomiting, diarrhoea, headache, muscle weakness, dizziness, flushing, chills, backache, difficulty in breathing, chest pain, palpitations, rise in temperature and fall in blood pressure. The number and diverse nature of the side effects of RU486/misoprostol point to the fact that these are powerful chemicals.